My three-week hiatus from posting is due to several things; one not-so-great, one sad, and one MARVELOUS!! 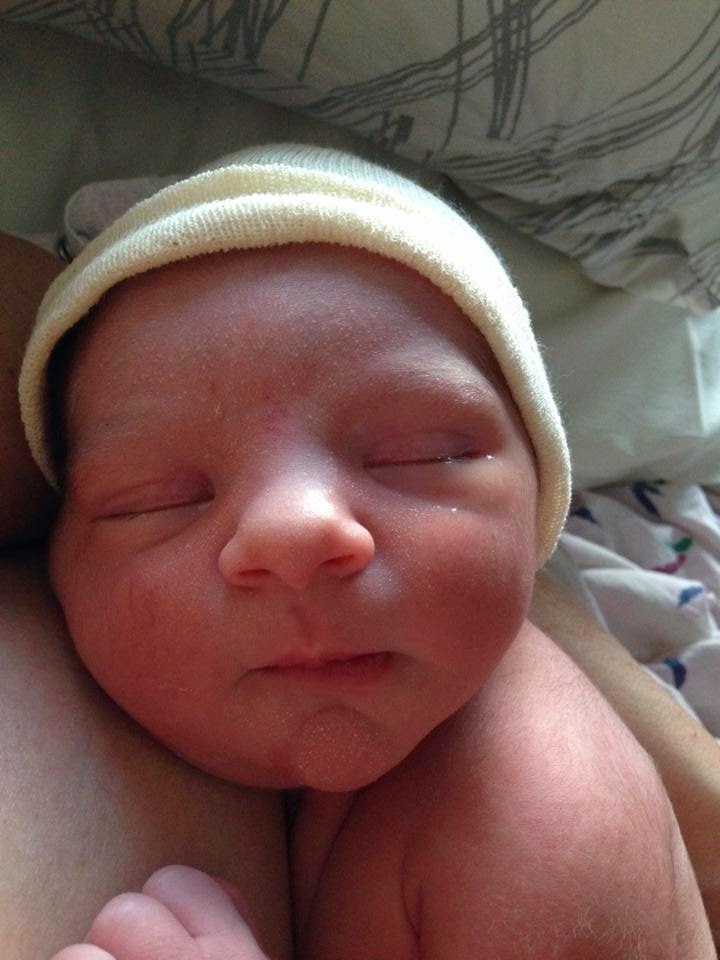 First, my husband Scott came down with the flu. Not the “I feel gross - I think I have the flu.” flu but “The doctor says people die from this.” kind of flu. Considering our daughter was due to deliver her first baby 1700 miles away from us within the next few weeks, this was a HUGE concern. Happily, after 15 days out of commission, he has recovered.

Second, just after we cancelled my husband’s plane tickets (for the flight to see the baby), his wonderful sister Peggy passed away. Peggy had been battling cancer for two and a half years. By this time my husband was feeling better so he decided to travel to his sister’s service. My next post will honor this fabulous woman. (Update: I have decided to wait before posting about Peggy. Scott lost his older brother, Bill on Memorial Day and it's just too much, too soon I feel.)

Third, and most wonderful, our first grandchild was born! Jack Winchester Hardy arrived three weeks early but healthy and happy! I quickly wrapped up things at work and flew west to meet him.

Jack (or more accurately, his name) is the subject of today’s post.


Before I joined the challenge of 52 Ancestors in 52 Weeks, I had begun posting about family members as their birthdays came due. On September 12, 2013, I posted about John Winchester Holman (nicknamed “Jack”) my husband’s grandfather. On November 11, in honor of my husband’s birthday, I posted about the family tradition of using “Winchester” as a middle name.
Scott’s father, William Winchester Holman, wrote about this tradition in the family history book “Our Archipelago”:

Scott is the youngest of four siblings. All five children bore “Winchester” as their middle name. The tradition appeared to fall out of favor with the next generation. The first grandson, born to Scott’s brother Bill was named in honor of his grandfather – William Winchester Holman ("Billy"). His middle and last names would later change as a result of being adopted by his stepfather, as would that of Billy's sister Stephanie, who also had Winchester as her middle name. The next nine Holman grandchildren were not given the traditional middle name. Then, in 1989, many years before I was even remotely interested in genealogy, our second child was born. For some reason, it was important to my husband and me to revive the tradition. Meghan Winchester Holman wears her unusual middle name proudly.

One can imagine our pleasure when our eldest daughter announced she and her husband were having a boy…and even though they weren't committing to a first name, the baby’s middle name would definitely be “Winchester”, carrying the tradition into the 5th generation.

Jack was not actually named after his paternal great-great grandfather. His parents didn't even know who John Winchester Holman was nor did they know he went by the nickname “Jack”. They just liked the name Jack.

Update 9/06/2014: Apparently Jack is the second of his generation to carry on the Winchester tradition. His cousin Miles Winchester Dade was the first!!
Posted by dholman472 at 2:08 PM